Keith Church had a lifelong “urge to paint”

Keith Church was the eldest son of working class parents Albert and Pat Church. Along with his sister Tricia and brother Bob they were all part of a large extended Anglo-Irish family of which I am a proud part. 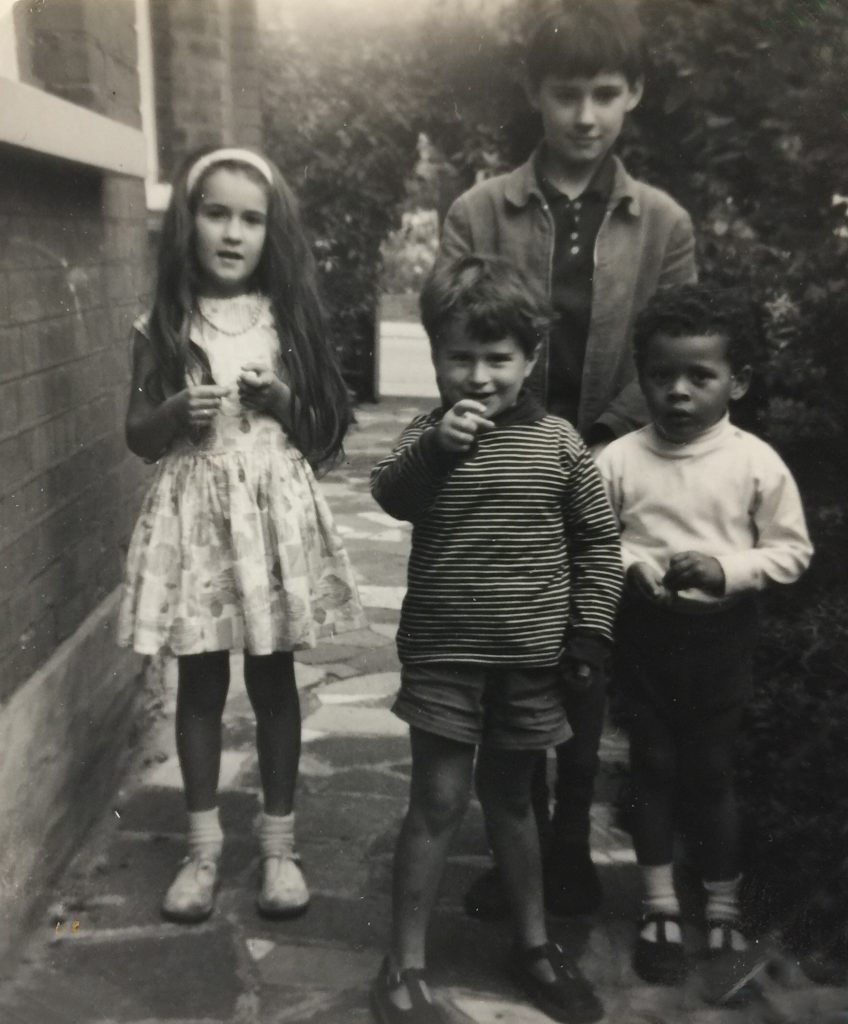 Keith and Tricia Church and ‘twin’ cousins Kurt Barling and Ed Angeletti circa 1965.

After completing the Art Foundation course at Goldsmiths College London in 1976, he devoted his short adult life to exploring his craft, doing what he believed he was born to do – draw and paint.

Over a period of six years he lived in a kind of ‘hippy’ commune at 76 Station Road in Broxbourne and painted or drew several thousand pictures. He was experimenting furiously with his own aesthetic, but before he could mature as an artist, in 1982, aged just 27, his life was cut short when he was murdered. This quiet, gentle, unassuming and striving artist was stabbed to death on a quiet road in the tiny Hertfordshire town of Broxbourne. It remains one of the few unsolved murders in Britain. 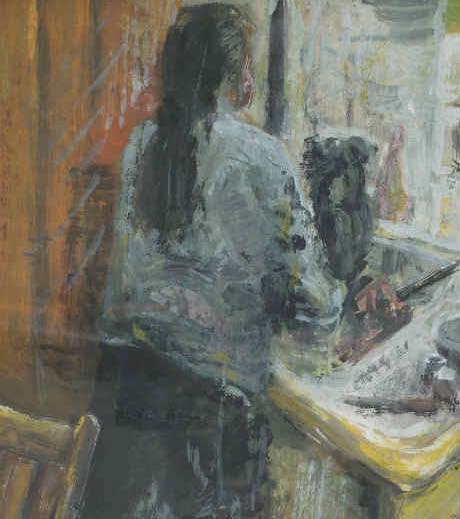 His mother has been the custodian of his art since then. Kept in boxes, on walls in the garage and spare rooms. She was her son’s first serious subject, captured in the picture above, painted age 12. (The age he is in the ‘cousins’ photo). It was the painting that alerted art educator, Harman Sumray, to his student’s potential. Keith focussed on painting the familiar. Whether it be the much younger brother or the scene from his bedroom window in Broxbourne.

Keith’s is a familiar story of how an artist struggles to fashion a personal vision in a demanding world. His vision was ultimately incomplete and this exhibition is a reminder of the artistic aspiration of finding a unique way of representing the world. He wrote: “Art is the result of an urge. Controlled and applied by the will of the Artist. Though the urge often comes out far stronger than the control.” (1976)

The range of styles is extraordinarily varied and the work, although without a specific signature, reflects an emerging talent. Inluences can be seen from Gustav Klimt, Paul Cezanne, Joan Miro, Paul Klee, Friedrich Hudertwasser and even Hieronymus Bosch. One can see Pablo Picasso-guitars warped like Salvador Dali’s soft watches or a David’s star and cat that have echos of Marc Chagall’s dreamlike imagery. His use of bright colours in fantastical scenes reminiscent of Max Ernst. His vividly painted self-portraits often have playful elements with decorative shapes. At other times there is an intense or obsessive character to the work capturing a seemingly lost and desperate artist.

Whilst Keith maintains a structured aproach with many of his studies they too reflect a desire for exploration. He is often using his art in a soul-searching exercise; a particular series exhibit the swirling, meandering style, reminiscent of Edward Munch, not just in the clothing, but that curious hallucinative atmosphere created by Munch. At other times he seems to try and catch his dreams or even more darkly his nightmares. His voice was emerging, he had already begun that journey to join the great art family and become involved in something beyond himself, Goldsmiths had recognised that and taken the gamble on his talent.

His father and brother used to collect hundreds of bits of discarded wood and hardboard as proxies for a canvas. A thoughtful and private man, Keith worked with whatever materials he had to hand to craft a body of work. His body of work demonstrates a lack of cash was no brake on his artistic ambition.